The blasphemous drivel from this "prophet" was beginning to undermine the rule of the kingdom, not to mention the divine power of the Watcher! The instigator would have to be quieted... one way or another.

Silence the Heathen! is the one of two approaches to the paltry aspect quest A Wandering Prophet. This paltry aspect quest is available when kingdoms Culture is low and it costs 4 QP to start. The quest may be completed with a variation of Hero's: the Jacoban Priest with help from either the Knight or Spy. Or the Monarch with support from the Bard.

"I will not tolerate the heretic!"

JP - Heal the Prophet's Guard with The Watcher's Touch

JP Choice - Order the Prophet's death -or- Forgive and Absolve

JP - Give a Sermon (Quest ends)

JP Choice - What to do about the Prophet? Have Spy poison him -or- Absolve and Forgive

"His grip on my people must be loosened..." 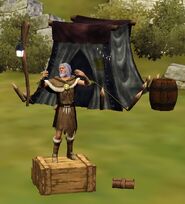 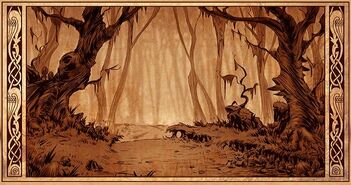 What would be found in the forest? Something sinful? 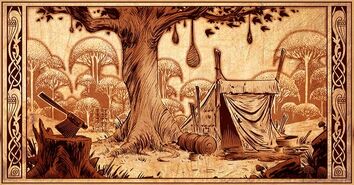 The Prophet's camp in the forest 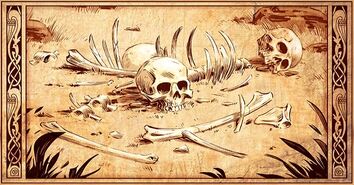 Was this where the path ended for the prophet's followers? 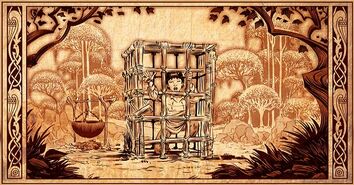 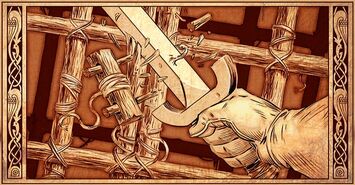 it took but one blow to reduce the lock to splinters. The door to the cage swung open. 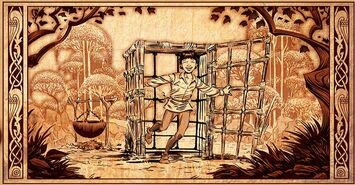 The boy flew from the cage, "It's okay now."
Add a photo to this gallery
Retrieved from "https://thesimsmedieval.fandom.com/wiki/A_Wandering_Prophet/Silence_the_Heathen!?oldid=22001"
Community content is available under CC-BY-SA unless otherwise noted.